Tony Annan was named the head men's soccer coach at the University of South Carolina on April 22, 2021. He is the second head coach in the history of Gamecock men's soccer.

Annan (pronounced Ann-in) comes to Columbia after a six-year stint at Atlanta United of Major League Soccer. He was hired as the fifth employee in 2015 in the club's young existence and built the development academy from scratch. Most recently, he was appointed to interim head coach for Atlanta United 2, the reserve team of MLS's Atlanta United on July 27, 2020, and also serves as academy director.

As Atlanta United became the first MLS Academy to launch before its First Team, Annan oversaw one of the most successful seasons for any academy across the board during the 2016-17 United States Soccer Development Academy (USSDA) season. Serving as head coach of the U-17s, Annan won the club's first piece of hardware, claiming the national championship in 2016. In addition, the U-19s also won the Southeast Division and finished the season as the No. 1 overall national seed.

Atlanta United's academy has sustained success across all levels under his guidance as the U-19s and U-17s have combined to win four Southeast Division titles in addition to qualifying for the playoffs in each season. The U-14s won the 2019 Nexen Manchester City Cup, a 24-team tournament featuring clubs throughout the world where Atlanta defeated CF Monterrey 3-2 in the final. His academy teams have also won Generation adidas East Region qualifying twice.

Bringing 25 years of coaching experience with him to Stone Stadium, Annan is the only coach to complete the USSF Academy directors license and the FFF Elite formation license at the same time in 2017. In 2018, he became the youngest coach to be inducted into the Georgia Soccer Hall of Fame.

Annan was appointed Director at Concorde Fire in 1997 and quickly built up the program from 350 players to 2,400 by the time he left in 2005. Later that year, he was named executive director over Norcross Soccer with 600 players in the organization. By 2009, there were 1,600 players within the program and eventually oversaw the program's growth to more than 6,800 players.

During this time, he also built Norcross Nike Cup, now known as the Generation adidas Cup. The tournament started with 180 teams and eventually grew to 640 in just five years as he managed 120 staff coaches.

In 2010, Annan helped form Georgia United, an alliance of four metro Atlanta club teams that joined together to share resources to allow them to provide a high-level training environment with excellent competition. Under his leadership, Georgia United finished as a semifinalist at the U.S. Soccer Development Academy national championship in 2014. It is the only time a non-MLS academy reached the semifinal game of the U.S. Development Academy Championship.

Annan showed his ability to coach all levels of soccer when as an assistant he helped the U.S. Soccer Men's Paralympic Team qualify for the World Championships for the first time in 2015.

A native of Newcastle, England, Annan is joined in Columbia by his wife, Elizabeth, his son, Jax, and daughter, Ella. Annan started his playing career at West Bromwich Albion in 1991, a soccer club in England that currently competes in Premier League. He played his college soccer at Life University, where he earned his Bachelor of Science in nutrition and dietetics in 1998. 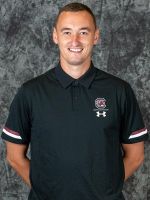 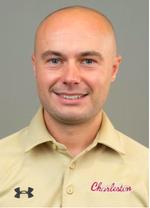 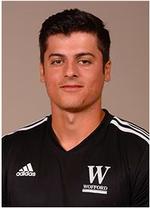 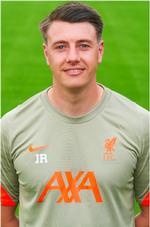 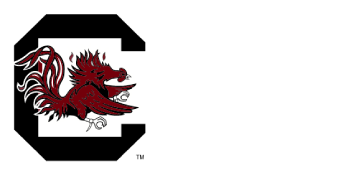 Tony Annan’s South Carolina soccer camps are open to any and all entrants (limited only by grade, gender and number of campers)